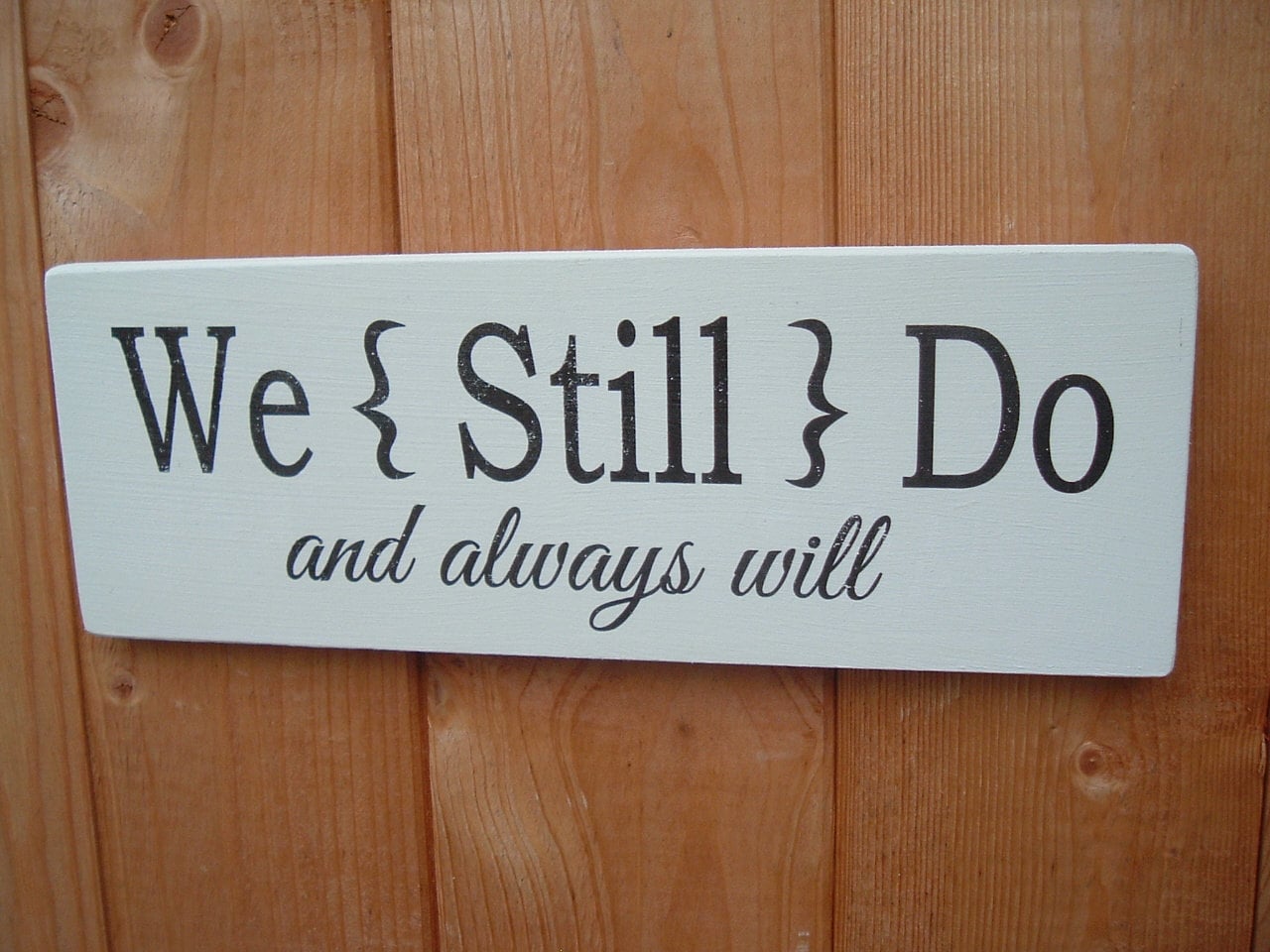 In a few days from now I will be assisting with my friends renewal of their marital vows to one another. This will be a first for me and yet I think it is an important act for married couples to do at least once in their married lives to each other.

What crosses my mind when a couple gets married is that I hope they’ve put forth more effort in preparing for marriage than the day spent getting married to each other; yes the marriage ceremony, whether in a courthouse or other place is important, but as those two individuals exchange vows to one another, the getting-married-to-one-another part is all the more important.
So when it comes to renewing vows it has the potential to put everything into focus; by thinking about the reasons, the why-I-married-you’s may help jump start a marriage if it needs it. Ultimately renewing one’s vows should ultimately be for the couple saying them and not for the friends and family who might gather, while the latter have importance in serving as witnesses to the act, it is ultimately upon the two individuals to carry out the vows mutually exchanged.

And so with all that in mind I am more than happy to have a role in helping my friends renew their vows to one another. I cannot guarantee anything, but I do believe that if they turn to God for guidance, if they communicate to one another about what’s going on in their lives, if they seek help when they need it, if they mutually submit to the other person on a continual basis, they’ll have what it takes to continue on in their marriage to one another.

So with all that being said, renewing vows were my keywords on this 13th day of Ramadan. Thanks be to God who watches over us and protects us, he who never slumbers but is always awake and ready to help us in life. May we be faithful to our significant others and they to us, may we continually mutually submit to one another out of love for the other. And may the vows we say, whether for the first time or in a renewing vows ceremony, be something that comes from our hearts and backed up with our actions as well.

Tomorrow night at about this time, my friend of 8 years is getting married. 🙂 It’s the first time I will be attending a Pakistani wedding as well as a traditional Muslim wedding, and it all started with a friendship based around defining stereotypes…

In my early college days long gone by I was active; active with the school’s newspaper, cross-country team, Christian Fellowship and a grassroots Diversity group. To which in that diversity group I met the girl who’s getting married tomorrow…

One topic that was raised by the facilitators, who were ready to shut it down if worse came to worse was the nature of stereotypes pertaining to religion. I don’t recall if she started the conversation or I did, but for the most part she addressed how people in a post 9/11 world has treated her badly, calling her names and expecting her to be wearing an explosive vest ready to blow herself and other people up.

I addressed how some people think Christians are homophobic, bigoted, narrow-minded Bible bashing individuals, and how I’m perceived that I have an air about me that proclaims I’m “holier-than-thou”.

When we flushed out the stereotypes, our friendship started to bloom. In the hallways we’d pass each other and she’d threaten to blow me up with her explosive vest and I threatened to Bible bash her to death…to the outsider it seemed malicious and absolutely wrong, but it our humorous greeting to one another.
That was the start of our friendship and it has been going well despite different belief systems and being really busy, but I thank God for every moment I have to hang out with her and just catch up and BE.

About a month ago I met her fiance, we had brunch and it was great to catch up with her and to finally meet her guy. 🙂 I dig him, he’s a well thought out and compassionate guy, plus his rendition of how-we-met was great, as well as my friend’s commentary in-between, they certainly sound like a married couple already! 😉

It will be a fun wedding, I can only attend for 1 day but I have been invited to all 3! Camera-in-hand I will be taking behind the scenes photos for both of them, I’m told it will be a good time and plenty of dancing, I’m a little timid about the latter but not too timid.

My friend and I have many differences apart from our belief systems, but I am glad they do not divide us, but our similarities and our friend love unites us, I can’t wait to celebrate her day (and I’m sure she’d say the same).

Good times and God times await me as well as my Muslim friends who are getting married! Yay! 😀