(St. Bartholomew/Nathanael holding up his skin)

A bit more about me…

When I was younger so much younger than today, I was interested in martyrs. Martyrs by definition means “a person who is put to death or endures great suffering on behalf of any belief, principle, or cause” (dictionary.com). Growing up I heard about martyrs, primarily followers of Christ who, as written in Hebrews 11:37, “They were put to death by stoning; they were sawed in two; they were killed by the sword. They went about in sheepskins and goatskins, destitute, persecuted and mistreated” So the martyrs and martyrdom I knew came from my religious upbringing.

It’s no easy read, and some parts of it aren’t for those who are squeamish. I read this book, but eventually I was given a more contemporary book of the same nature, Jesus Freaks by dc Talk: 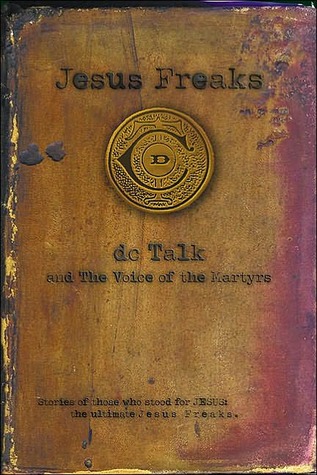 Once again I learned more about martyrs and what led to their martyrdom, and eventually this got [too far] into my head and I started thinking about living for God by way of dying for God. *disclaimer* – I do not think that intentionally setting yourself up for death is martyrdom, such as suicide bombers and related, so this was my fucked up mindset at the time.

I did not put myself and my life in harm’s way where martyrdom could be achieved, but there’s something very messed up to thinking about dying in such a way. I wasn’t thinking “all I have to go where *insert group of people who don’t like Christians* and then I’ll be martyr!” It was more of a dwelling on it and thinking of acclaim that I would get, postmortem of course. When you get so wrapped up into thinking about death and not the day-to-day, that in and of itself is a kind of death, and it’s a depressing and sad place to be. If you’re caught up in the hereafter and not focused on what’s going on around you life can and will slip by.

So what changed exactly that brought me back to living? What motivated me to put my strength and energy into something better than self-imposed martyrdom (which completely conflicts with what martyrdom is)? Life. Life got better, I became more open to those I trusted with real life shit that was going on in my life, and I stopped reading those books because it did no good to dwell on it. They’re a good read, don’t get me wrong, but reality checks and balances need to come into place when you’re still developing intellectually. Plus the people who have died for their beliefs did not set themselves up for martyrdom, that is, they weren’t doing it for kudos and accolades.

I am glad to be alive, and those days were some of my darkest. God has been good and keeps putting awesome people in my path. People I want to share life and community with, people I want to trust with my darkest deepest secrets. It is in living and desiring to follow God and serve others while I am alive got me back on track and away from the self-imposed road to martyrdumb.