Words don’t bother me. “bad words” / “cuss words”, that is. If I am going to care about what someone said to season their conversation, or to appropriately connect a socially deemed strong word to a strong feeling or a strong situation, I personally think my priorities are whack.

And I do care about these people-related issues, and I am working on ways to care MORE, which is part of the reasons “bad words” / “cuss words” don’t bother me in the slightest. And guess what? God doesn’t care either.

Good morning y’all! I love you, but God loves you more! 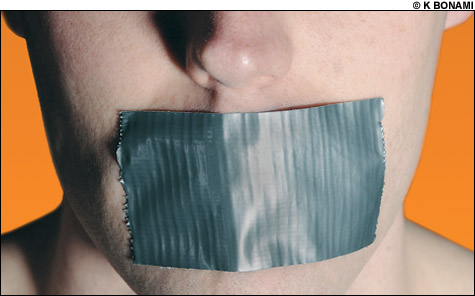 I was recently talking to someone who noticed that occasionally I use “bad words” in my speech as well as in my writing. I will say this much, when it comes to so-called bad words it wasn’t my peers or the television that taught me these words, but rather my parents, not in a good context; I usually heard these words when they were fighting amongst each other. Still, I have to have some ownership in this, as I am the one saying/writing them, so here it goes.

I don’t believe there are bad words. Words are words, and they carry weight for better or worse, and that is how a word is valued and used or not used. Now one thing you should know about my usage of these words, they’re never uttered among impressionable young children who don’t get the weight of the words I am saying as a whole let alone a well-placed fuck or shit. Now my methodology is not full proof, there are times I say such words for the reaction, but I think a better portion of my times of using these words are in context and applicable.
Now because sometimes my circles are amongst followers of Christ who get offended by my use of these words I am willing to venture this; do you not say crud/crap, dang instead of damn, heck instead of hell, et al? Because here’s my thing, you might not put as much weight on these words but we all know what you’re saying with your lack of saying it.

Another thing I have thought about with the weight of words is that sometimes people focus on the words instead of a problem. I addressed people starving to death, people dying of unclean water sources…THAT is the bigger problem than how I put my sentences together with some words thrown in that leave some with a bad taste in their mouths. If you’re hung up by my use of these words instead of people dying, you may want to self-examine yourself. Profanity, if anything, is when we know of a problem that needs addressing and we don’t give a damn or don’t give a shit to address it and make the world a better place.

So please, if you have  a problem with the words I use, let me know but also know I will return the favor in addressing your complacency in letting people starve to death. If you are willing to sit back and not be a part of the solution you’re part of the problem, this is an issue I am constantly faced with as I know but don’t act 😦 This is one of my shortcomings in life, my language however is not.